Industry could be facing $500bn hole in its balance sheet: Convex CEO Catlin 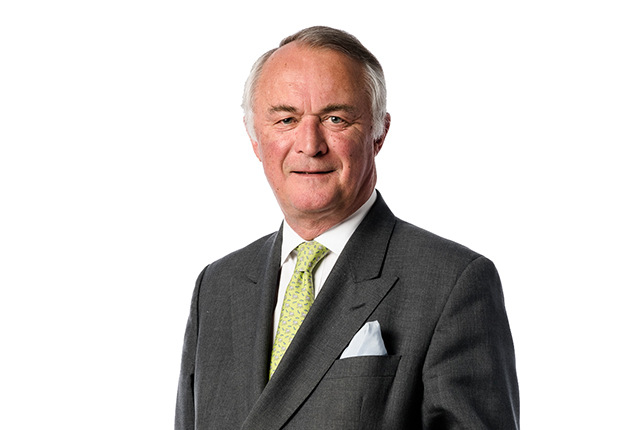 The re/insurance industry is facing a hole in its collective balance sheet far bigger than anything it has experienced before in its history, including 9/11, 2001, and which could reach some $500 billion, Stephen Catlin, chief executive and chairman of specialty re/insurer Convex Group, told Intelligent Insurer.

Catlin said he has believed for some time that there is a hole in the industry’s casualty reserves of between $100 billion and $200 billion. Claims stemming from COVID-19 could reach a similar range on a global basis, although he admits estimates remain difficult at this stage.

Finally, the industry faces a huge challenge on the asset side of the balance sheet due to decreasing interest rates.

“All in all, we are looking at a situation where the bottom of the range is maybe $250 billion but the ceiling is closer to $500 billion. That is significantly greater, on a pro rata basis, than anything we experienced after 9/11,” he said.

“Back then I would say the range was between $50 billion and $60 billion split across World Trade Center claims and another casualty hole. But that was enough to move the market for some time.

“On that basis, it is hard to make a rational debate that suggests the duration of this hard market will be any less than that. We are in a different league completely today.”

He also suggested that, while new capital will enter the industry and potentially dampen rates hardening, the amount of new money entering the industry on a pro rata basis is actually less than after 9/11.

“On a relative basis, what we are seeing is lower. That is partly because, it is actually much harder to set up a new entity now than it was then, the challenges of getting through regulation and securing ratings are harder.

“If someone were to start that process today, I would be surprised if they were able to start writing business much before 2022,” he added

Catlin was speaking in an interview broadcast on Intelligent Insurer’s Re/insurance Lounge, an online platform where interviews and panel discussions are held live on a weekly basis and content is available on demand at any time to members.

“I stood up to be counted on issues surrounding pandemics.” Stephen Catlin

Against the backdrop of these extraordinary market conditions, he describes the timing of the launch of Convex a year ago as “lucky” and suggests that market conditions, combined with the startup gaining traction must faster than he had dared hope for, mean that the business could be looking at delivering business goals originally pencilled in for 2024, three years early.

Catlin said the new carrier will write north of $1 billion of premiums by the end of the year, split 50:50 between direct insurance and reinsurance, and be employing some 300 people. One of the most remarkable things since he started Convex has been the number of quality people, many of whom previously worked for Catlin, who have contacted the business wanting to work there, he recalled.

“So many people have contacted us, we have been very blessed,” he said.

“It has been pleasing to have been able to pick up so many relationships with clients again so quickly. The relationships we built during the Catlin era, prior to its sale to XL, have almost ignored what happened in between and come back to us as if nothing had happened.

“Frankly to our pleasant surprise, we’ve been able to pick those up more quickly than expected. We have been able to pick up almost where we left off, even in places like Japan where relationships usually take much longer to form and it can take several years to get on to a renewal.”

Catlin attributes the attractiveness of Convex partly to its culture, which builds on the strong culture that permeated the Catlin companies before the XL sale. But he stresses that he wants to build on what went before, rather than replicate it.

“The minute one runs away from embracing change, therein lies a problem.”

Taking a lead
The industry veteran warned that the global re/insurance industry lacks leadership. Catlin has taken the lead on an industry initiative to bring the risk transfer sector and government together to explore potential ways of dealing better with the repercussions and economic fallout of a pandemic in the future.

In April, it was announced that UK insurance industry leaders had come together to form a steering group, which will work with government-backed mutual reinsurer Pool Re, to propose a collective pandemic response. Catlin is chairing the group.

“I stood up to be counted on issues surrounding pandemics and the need for industry to look prospectively at what might happen next,” said Catlin.

He’s been an outspoken member of the industry during this time, advocating for one voice from the industry as well as defending its reputation.

“I spoke up, partly out of desperation and partly because I couldn’t help myself,” Catlin revealed.

“I couldn’t sit by and watch the industry’s reputation be pulled down. I fully expected somebody within the UK industry, who had a big balance sheet, to take the lead.”

According to Catlin, it’s not difficult to get on the front foot and change the relationship between industry and government, provided you are proactive. The challenge lies in ensuring the industry can speak with one voice.

“To be clear, I have huge respect for some of these bigger companies and I do not wish to tread on their toes, but I would like to see the industry get on the front foot,” he concluded.

To find out more about how the industry has changed since Catlin began his career in 1973 at Lloyd’s, and market predictions in the wake of COVID-19, sign up to the Re/insurance Lounge and watch his interview here