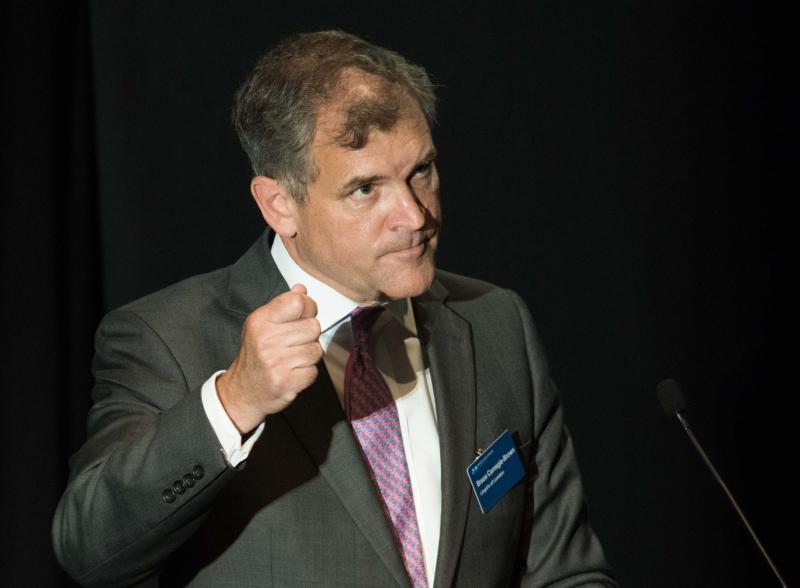 In his first speech as Lloyd’s new chairman, Bruce Carnegie-Brown said the insurance industry must do more to change and innovate or run the risk of being disrupted by external players.

Carnegie-Brown told delegates gathered at the MMC Young Professionals Forum in London on Thursday (June 15) they were the generation responsible for shaking up traditional processes, harnessing the power of technology and engaging with customers around the world. “If you’re not part of the change, you’re not relevant to the future,” he said.

Using the example of Kodak, an organisation that was “synonymous with quality and innovation” in the 1970s but went on to file for bankruptcy in 2012, he said it was a lesson in taking heed of what was going on around you. While Kodak had developed the first digital camera and invested heavily in new technology, it had failed to grasp what its customers wanted, including the ability to share digital photographs.

In order to avoid their own Kodak moments, Lloyd’s players and other industry participants need to adapt their business models and fully embrace technological change, Carnegie-Brown suggested. “We cannot afford to dangle our toe in the water; we must immerse ourselves fully.”

While investment is being made to harness the digital age, there is a growing innovation gap that needs to be plugged, he said. “The next wave is already gaining traction, and artificial intelligence and machine learning will change the world as much, if not more, as the agricultural, industrial and digital revolutions that came before it.”

Failure to innovate quickly enough could result in disruption by external forces, he warned. Speaking of his role as a non-executive director of Banco Santander he said the board was as much concerned about the threat posed by Google and Amazon as it was by competition from traditional players within the banking sector.

“Newcomers represent a serious challenge to the London and Lloyd’s market,” he warned.

“How are we going to ensure we own the future of our industry? We must embrace this new technology, we have to put customers at the forefront of what we do and continue to innovate.”

However, undertaking the scale of change required at a time when the industry is facing significant operating pressures is not an easy task, acknowledged Carnegie-Brown. The dual pressures of soft premium rates and frictional costs is eroding margin and causing budget constraints.

It is an environment that is also impacting the traditional broker/insurer relationship, with brokers exploring new distribution strategies, such as market facilities, in what he calls “piggybacking on the expertise of the London market”. And underwriters are responding by disintermediating the broker. This is particularly apparent in personal lines and commoditised commercial lines, with insurers adapting their business models to aggregator websites.

Noting the soft and hard market cycles of the past, he thought that simply hoping for a market correction at some point was not a strategy market participants should rely on.

He acknowledged the strides already made by Lloyd’s participants to adapt their products and services to changing customer needs as the business world evolves. The last two decades have seen a major shift from physical to intangible assets among major multinational firms, he noted.

Intellectual property, brand and reputation now account for 84 percent of the value of S&P 500 companies, said Carnegie-Brown, with major brands such as Skype and Uber owning little in the way of physical infrastructure.

Lloyd’s underwriters were responding in a number of ways, with the market the global leader in cyber insurance and the leading insurer of private rocket launches. It is also supporting initiatives such as the Oasis Loss Modelling framework, to offer syndicates “access to new risk models at a lower cost”, and opening offices around the world in an effort to get closer to the customer.

Initial steps to implement Blockchain, the establishment of global data standards and growing use of Big Data, including utilising satellite imagery to handle claims in the aftermath of last year’s Fort McMurray wildfires in Canada, are other areas in which the market is investing.

But much more can be done to seize the opportunity, he concluded. “[At Lloyd’s] we underwrite human progress and we step in when others can’t or won’t. We owe it as much to society as we do to ourselves to ensure the industry continues to do what it does best,” he said.

AmTrust reinstates Pipoly after replacing him as chief financial officer

MetLife reshuffles senior leadership in US