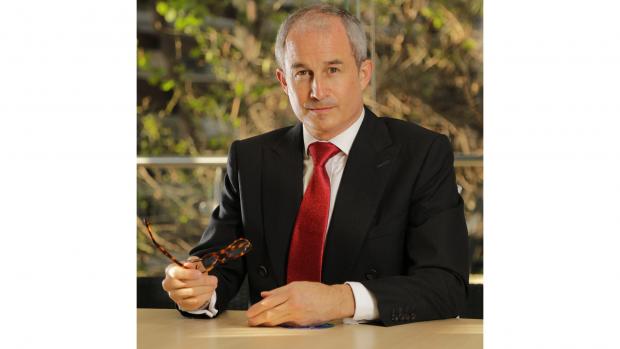 Insurtechs are booming and, as a result of the COVID-19 pandemic, these companies, and other agile firms in the industry such as managing general agents (MGA)s and third party administrators (TPAs), look set to play an ever more vital role in the future structure of the re/insurance industry.

Accelerated digital transformation and greater acceptance of working from home created perfect conditions for insurtechs and their ilk to thrive, according to Manuel Escobedo, chief executive officer of Mexico-based holding company Peña Verde, the parent company of Patria Re.

“Digital transformation is fundamental for the re/insurance industry and it will accelerate many changes we’ve gradually been seeing in the past. We were in a sort of simmering momentum towards transformation and because of the pandemic we have really turned the stove up. It will mean the emergence of more insurtechs, definitely,” Escobedo told Intelligent Insurer.

“Ongoing digital transformation will also mean a larger, broader development of the role of MGAs and TPAs,” he said. “There will be continued consolidation in the industry and we might end up in a situation where the largest part of the risk is being carried by very large funds.”

Such funds would deal only with the risk management, he explained, so somebody else will need to underwrite and bundle the product or services for those immense funds.

“Think of the industry as 10 mega funds and then thousands of MGAs and TPAs putting together portfolios of business, bundling them, underwriting them, designing the products and hitting the segments and the niches to originate this business.

“They then funnel it into these risk carriers that deal only with capital management and reserving, etc,” he explained.

Escobedo compared this way of working to the automotive industry, likening the large funds to major car companies that assemble the different components, while thousands of smaller companies manufacture or build the pieces.

This trend towards ever greater reliance on insurtechs, MGAs and TPAs was already happening prior to the pandemic, he said. However, this trend could still be derailed as the world continues to change and more questions are asked about the benefits of globalisation.

When the war in Ukraine began in February, the industry was still reeling from the effects of the pandemic. It had already weathered difficult market losses in 2016, 2017 and 2018, with some respite in 2019, said Escobedo.

“The arrival of the pandemic in 2020 brought about a lot of reserving, a lot of money locked up in reserves, putting pressure on alternative markets because they were not able to fully reload, so there was a contraction in capacity and capital,” he said.

To counter this, the US and Europe injected trillions of dollars into their economies.

“That started to generate an enormous bubble that built on a previously existing one. It did not really compensate for the loss we saw because of the pandemic. But depending on the line of business you were invested in, energy did rather well—there was a lot of liquidity in the market,” he said.

“The market remained relatively flat until Russia invaded Ukraine. Since then the markets have gone crazy. Market risk has increased dramatically, not only because of the losses but because of the volatility.”

Escobedo pointed to the belief that “the problem with Solvency II is that it generates cyclic problems”.

He said: “You have a capital tension at the moment—it’s hardest to raise capital when the markets are more volatile.

“And for the re/insurance companies, if you connect increasing market risk, increasing volatility in the markets, a fall in the valuation of your assets, increase or hardening in the reinsurance market, look at Florida! Everything is hammering Florida right now.”

The re/insurance market in the US state is facing a capital shortage, market volatility, interest rate increases, and a drop in valuation of prices, he said.

Returning to the topic of the global re/insurance market, he said the impact of the situation in Ukraine “might generate enormous opportunities for better capitalised players”.

“But there is enormous tension in the re/insurance markets. Europe, the US and developed markets have seen very important rate increases, as have the reinsurance and realtor markets. Latin America, not so much, funnily enough.”