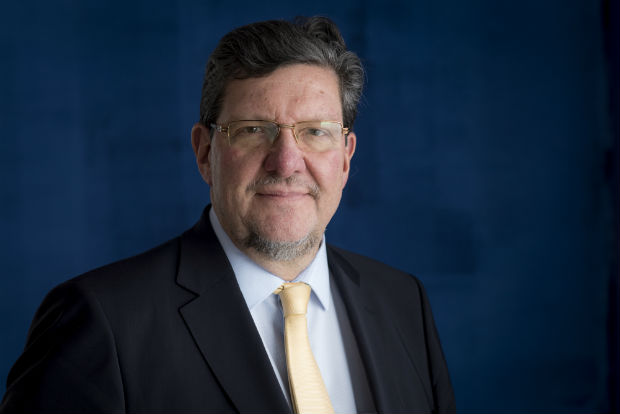 The approaching January 1 will be an “intense renewal” in a marked change from renewals in previous years, according to Frank Reichelt, managing director, head Northern, Central & Eastern Europe at Swiss Re.

Speaking to Intelligent Insurer, Reichelt said: “Renewals are always challenging but the importance of the topics to be discussed this year clearly seems to be of a different calibre from that of the last couple of years.

He said that a major topic in the January 1, 2021 renewal discussions would be around the kind of cover that will be there for infectious diseases.

“It’s a fair comment on the industry that there has not been a real market consensus on that. We know there are different clauses in the market, and different views on what they cover and don’t cover.”

However, he said, it will take more time to find out how the market will move this discussion forward.

“I would say the capital power of the whole insurance industry is not sufficient to provide full coverage for pandemic loss.” Frank Reichelt, Swiss Re

Low interest rates here to stay
Reichelt flagged another key topic during the all-important 1/1 renewals as the low interest rate environment which has been in place for a number of years.

“In the beginning many people said ‘the rate is down, but hopefully just for a year’, then people said ‘it’ll recover in two years’, then they said ‘three years’.

“If we talk to economists today, they simply say, ‘the low interest rate environment will stay, full stop’.

“It’s no longer linked to a period and nobody is talking about when it will go away. Maybe it will never go away but in the near future, at least, that’s a given. I think everyone agrees with that,” he said.

“These are the major topics for the renewals, although it’s too early to say where we’re going on pricing.

“We have started to quote business—I have one client where we’ve seen final terms by now, and this client always delivers final terms just before Baden-Baden, so that’s the one exception. Everything else is on its way, so let’s see how things develop.”

Market consensus on how to cover pandemics is not there yet, which Reichelt said reminded him to some extent of 9/11 2001.

“That year, when we came away from Baden-Baden, no-one had a clue about how or whether we were going to cover terrorism in the 1/1 business. I feel it is very much the same right now,” he explained.

“We will go away from the virtual Baden-Baden 2020 and we are still working on finding and developing solutions on pandemic coverage. It’s a huge challenge.”

However, Reichelt added, now the industry can use ceded discussions in Germany, the UK, and in Switzerland, France and other countries to inform debate. There are discussions between governments and the insurance industry about what kind of solutions can be provided for the pandemic crisis.

“For a pandemic, the characteristic from an insurance point of view is that there is no diversification. The event happens more or less at the same time and it happens globally.

“Therefore the usual kind of insurance approach by diversification, where you can write much more business, is not there. From that I would say the capital power of the whole insurance industry is not sufficient to provide full coverage for pandemic loss, so we need the state, the government, to play a significant role.”

The insurance industry certainly has a role to play, he said, but added that insurers “can’t do it themselves”.

“It takes time to scope out a pool solution, you can’t do it in a few weeks or days. The other challenge is we are still in the middle of the crisis, it is not behind us.

“Remember, with 9/11 we had the attack, then we had time to think about it, but with the pandemic the crisis is ongoing.

“We know we’re still in the middle of the crisis right now, but we need to find solutions as well.”

Rate increases
On whether prices would continue to harden beyond 1/1 renewals, Reichelt said most of the media are talking about rate increases.

“Not just theory but they’ve seen it happen. So you can draw conclusions for 1/1, but there’s no guarantee that the trend will continue.

“It’s obvious that COVID-19 and the impact on the insurance industry has not wiped out a lot of capital, so that’s a different situation from earlier years when we had a hardening market—that was usually driven by a shortage of capital and a shortage of capacity,” he said.

Reiterating earlier comments from colleagues at Swiss Re, he said that this year, looking at the industry, it’s an earnings event.

“The industry is suffering on the earnings side, but there is still sufficient capital in the market. This is a different starting point for a challenging renewal season and to predict what will happen by comparing it with the past could be misleading, as the starting point is different.

“We’ve all read in the press about potential new capital coming in, so it’s not a capital crunch, it’s more about earnings.

“We have seen statements that the industry is not earning the cost of capital, so individual companies need to find out themselves if they have earned sufficient money or not, and depending on that we will see where the rates will go,” he concluded.