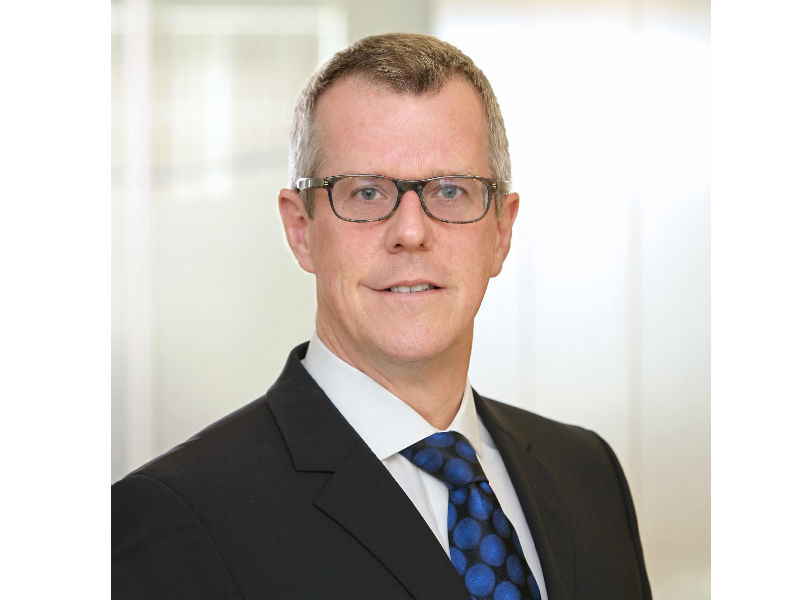 The onset of the first hard market in almost 20 years will test the depth of talent in some companies because less experienced executives may struggle to adapt. Meanwhile, more experienced underwriters will enjoy re-finding their “muscle memory” of how to navigate such challenging market conditions.

“Deals will be done line by line, client by client, on the merits of each programme.”

That is the view of Dan Malloy, currently the chief executive of Third Point Re and soon to become a senior underwriting executive in SiriusPoint when the $788 million merger between his business and Sirius Group closes.

The combined entity will be led by Sid Sankaran, the former chief financial officer and chief risk officer of AIG who has been on Third Point Re’s board since August 2019.

Malloy told Intelligent Insurer that he is excited about the prospect of the two companies combining, creating a larger capital base and combining what he calls complementary portfolios in the process, especially at a time when the market is turning and rates are hardening across the board.

“We have started working on integration and getting to know one another and I am very excited that Sid, with his operating experience at AIG, has agreed to take the reins,” Malloy said.

“I will be focusing on underwriting and this is a very exciting time to do that. This is my third or fourth hard market and the muscle memory of how to handle these conditions is still there, so I am looking forward to using my experience to add value.”

He added that although Third Point Re was formed only eight years ago, its underwriting teams contain a lot of experience, with most executives having worked through hard markets before.

Meanwhile, Sirius has had a remarkably consistent underwriting team for a long time.

“The key now will be communication. It will be interesting to see how things play out. For a broker, for example, who has never had to navigate a hard market it might be tough.

“The art of negotiating a deal might have fallen out of fashion a bit as rates ground their way downwards. People will have to re-learn that skill,” he said.

“It will be important that brokers set expectations and clients will need to communicate their positions intelligently, clearly and be flexible.

“If they are looking for third party capital they are going to have to lay out changes in their own portfolio and the implications for reinsurers. There is a lot of work to be done and the bulk will not be face to face this year.

“But it will bring out the best in people and allow them to be creative as they seek solutions,” he added.

Mutual benefit
Malloy believes that the merger will be good for both parties and help lay to rest uncertainties previously hanging over both companies. Third Point Re’s A- AM Best rating had been on outlook negative since May 2019 due to concerns over the company’s ability to generate consistent underwriting profits that outlook has now been removed.

Malloy added that there had also been concern from the rating agency about business profile or relevancy, and the larger merged entities addressed this issue.

Sirius had been living in the shadow of concerns over liquidity issues at parent China Minsheng Investment Group. Going forward, the parent has agreed to a 9.9 percent voting cap and standstill limitations, factors that eliminate any historical SiriusPoint stakeholder concerns relating to Sirius Group’s governance and access to capital markets.

“This is a very exciting deal for both firms and removes elements of uncertainty from both,” Malloy said.

“We have received very positive feedback from brokers and clients who are pleased with the fact they will have access to a much bigger and very stable capital base. The feedback is that our capacity will be welcomed by the market.”

He added that, while a carefully managed integration will be key to the success of the combined entity, the merger will be easier because of the staff size discrepancy between the two. Third Point has only 40 people; Sirius has closer to 1,000.

In the context of the hardening market, Malloy believes that many factors are driving it but the factor that tipped the scales has been the uncertainty around COVID-19. He notes that in addition to the losses, lower interest rates have made the investment environment even more challenging than it already was—and this has forced reinsurers to act.

“You have the drum beat of losses across many lines of business and COVID-19 has added to the uncertainty,” he said.

“The fact is people are realising there is more risk in the world than people thought and had modelled. So the price has to go up.

“That said, it is not a ‘name your price’ market right now deals will be done line by line, client by client, on the merits of each programme.”

Uniformity
Malloy said indicators of what to expect from this renewal could be seen in the June/July renewal, which was tricky in terms of negotiation. One trend in those, he notes, was inconsistency in the way in which different carriers tried to adjust things such as terms and conditions, hours clauses, exclusions and definitions in the context of COVID-19.

Malloy was surprised by the resilience and inconsistency in some of this but believes a more uniform approach will emerge in the year-end renewal.

“My feeling is we will see more consistency now. Some of the biggest markets have set out their positions.

“In the mid-year, we could only fight for what we needed but we saw instances where deals got cleared with no changes to the wordings. That will have changed now and the market will establish a uniform position,” he explained.

Hard markets are typically characterised by new capital entering the industry, which then flattens the curve. Malloy believes the restrictions of COVID-19 and the uncertainty surrounding it could make it harder for new capital to enter the market, with regulators processing applications more slowly and investors being more cautious.

This means it is more likely capital will enter through existing companies with established track records.

“Capital will enter but a pretty big correction is needed and I think the pendulum will likely swing beyond the correct number when it comes to pricing,” Malloy said.

“It is not clear how big the hole is just yet.

“Someone once said: ‘price discovery in our business occurs only infrequently’ leaving plenty of room for opinion. For me, that sums up where we are as a market,” he concluded.