Taking the long view: CCR Re puts COVID-19 in the rear-view mirror 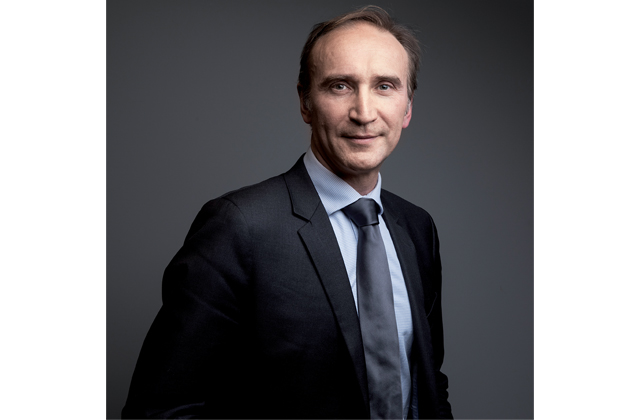 Following a year that Laurent Montador, its deputy chief executive officer, describes as “quite heavy”, the reinsurer bounced back strongly. Writing life, non-life and specialty lines in France and internationally, it recorded a 14 percent increase in gross premiums of €665 million ($789 million), a combined ratio of 97 percent, a life margin rate of 5 percent, and a solvency ratio of 200 percent.

However, as Montador told Intelligent Insurer, significant challenges remain—and many of them are long term. He spoke to the Re/insurance Lounge, the online platform for on-demand interviews, discussion and debate.

Montador, who is also deputy CEO of parent company CCR, concedes that COVID-19 hit the reinsurer hard. Overall, it cost €49 million (before and after reinsurance). Combined with €15 million net losses from the August 2020 explosion in the port of Beirut, CCR Re’s net income over 2020 was down 49 percent on the previous year to €18 million. Its combined loss ratio fell to 103.2 percent, including around 10 percent out of COVID-19.

“On the life side also, we didn’t have such a good year with a life margin rate of 2 percent, where we would normally expect it to be around 5 percent,” he said.

Given the conditions, and compared to others in the industry, it was in many ways an “excellent” performance, he argued. Excluding COVID-19 and Beirut, underwriting margins continued to improve (thanks to pricing action), and CCR Re’s gross written premium rose 16 percent to €649 million.

Crucially, risk management and its provisioning policy meant underwriting profitability in the first half of 2021 wasn’t hit. “We didn’t want to get any loss creep,” explained Montador.

But if COVID-19 claims have been dealt with effectively, the effects of the pandemic will continue to be felt in other ways. One is ultra-low interest rates, which now look almost certain to continue. That presents challenges on the asset side in what is now an “economy of debt”, as Montador put it.

“We have seen that negative interest rates are not so uncommon now, so we’ve tried to go into replacements such as corporate bonds or other diversification, without taking too many uncontrolled risks,” he said.

Overall, the reinsurer is continuing to grow strongly (about 15 percent) and with several ways to finance that.

“On the asset side, we’re employing very dynamic asset management, opportunistically looking at different pockets where we could make a good return very quickly.”

Another consequence of COVID-19  has been to highlight protection gaps, and these will continue to be a focus for CCR Re and the broader industry in the future. For COVID-19, that has mainly been around non-damage business interruption, but it’s an emerging issue elsewhere, too.

Montador has some experience of difficult-to-insure risks as a board director of the French terrorism pool GAREAT and French marine risks pool GAREX. He noted: “For new types of risks such as cyber risk, we’re beginning to reach the limits of insurability because the potential destruction is so enormous that it’s very difficult to quantify.”

“We have to realise that we have seen one or two decades of decreasing premiums for some risks.”

Technology doesn’t simply bring challenges. As a relatively new and mid-sized reinsurer, CCR Re can’t support a massive workforce and it has invested significantly in data analytics and other technologies to streamline its services and deliver them efficiently. It has also invested heavily in artificial intelligence (AI) and text mining in underwriting.

“We use it a lot. It’s not magic, and you have to understand it and have sufficient data to train the models, but we also have that,” explained Montador.

“While CCR Re was created only in 2017, we’re part of CCR, which has 75 years of history and many files, plus examples of treaties underwritten and past statistics. All of that has been digitised, and we use the information to be more efficient and precise.”

It doesn’t require AI to see what may be ahead as we come into the renewal season. Certainly, Montador expects pricing to continue upwards. There is significant scope for further rate hardening too.

In some cases, that will simply be driven by recent losses. “It’s needed just on a simple calculation of burning costs. It’s self-evident.” In other cases the long view will be needed from re/insurers and clients.

“We have to realise that we have seen one or two decades of decreasing premiums for some risks. That’s because of prevention and the actions of risk managers, but also due to pressure from competition between insurers. That means sometimes the price is maybe 20 percent of what we asked 15 or 20 years ago.

“If you double that, it’s still only 40 percent of the price. Maybe the state of the world is not the same as it was 15 or 20 years ago, but it does mean we have some room to increase again—and in such a way that it is still sustainable for our clients.”

A public-private partnership: CCR leverages CCR Re to build expertise
14-09-2021