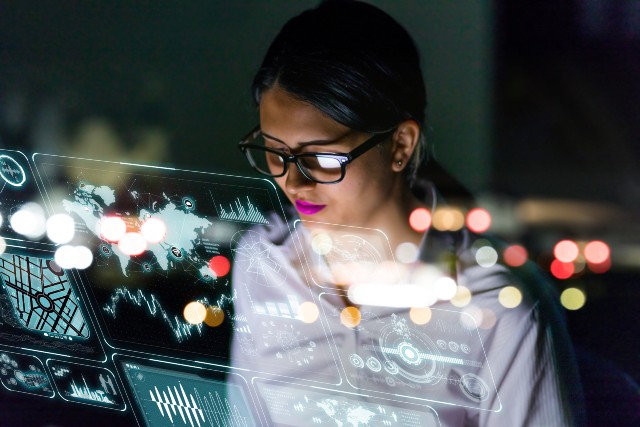 Doing what you’ve always done can leave you trailing the competition in today’s innovative market. As the pandemic encourages people to be more amenable to change, it's the ideal time to get ahead by embracing augmented underwriting, says Todd Rissel chairman and CEO of insurtech e2Value.

Augmented underwriting offers the opportunity to streamline and improve the insurance process. With the prize of greater underwriting accuracy and improved business performance, it appears to be a no brainer.

Todd Rissel chairman and CEO of insurtech e2Value says that to gain these riches, insurers and brokers just need to take the first small step.

Intelligent Insurer caught up with Rissel to find out more about augmented underwriting, how to start tapping into it and why he thinks more companies in the insurance industry should be embracing it.

This article is published ahead of the Intelligent Insurer webinar ‘Augmented Underwriting: Power the Data-Driven Underwriter of The Future’ on June 25, 2020.

Question: What are you looking forward to discussing during the webinar?

Todd Rissel (TR): How carriers can be more confident about embracing the idea that you can use data and information to streamline the process for insurance. I’m talking about the whole process from applying for a policy, to renewing and updating it and submitting a claim, all without people being involved.

Not that getting people involved is a bad thing but where they don't need to be involved it is not necessarily a good thing.

TR: Correct. So you could automate the process with this data to augment the process so it flies through much quicker and people can get onto bigger and better things.

Today, if you have a motor claim, the process is pretty straight forward. The insurer has the identification number of the car, the licence number, and information about the driver, such as where they live. So the idea that the insurer needs to ask any of those questions is beyond me.

An augmented process uses that data and information, the carrier can just run it right through from a photo of the car licence to a shot of the VIN number and you have a policy. Then if the person takes a photo of the dent or the ding, the insurer’s process can run it right through and send them the money. So humans are not involved from the standpoint of retyping an application or asking questions the policyholder may have answered many times before.

I think a lot of the problem is there might be some hesitancy on the part of carriers to allow that process to happen because they believe that the data and information is not complete.

Q: How is e2Value involved in the augmented underwriting process?

Q: The webinar title refers to a ‘data-driven underwriter’, what does that mean for you?

TR: Traditionally an underwriter, makes a decision based on the information provided and they focus on maybe the three, four or five things that make all the difference.

I think people get lost in what’s really making all the difference when they are doing the pricing and putting things together. There’s still an assumption that because business used to be done this way, that is what makes the difference, rather than looking at what the data is telling them.

Whereas, a data-driven underwriter pays attention to the data and what that story is.

For example, in the case of a policy for a homeowner, neither they or the insurance agent broker or carrier insuring the house has any idea of the size of the house, relatively, or what the cost or the impact of that house is or the financial impact they’re insuring for.

But they all weigh in on the price of that home, like they all know the value of this home is ‘X’, but they don’t.

They’re not using data, they’re using their opinions, and their process, and their experiences to shade the outcome as opposed to letting the data tell you the outcome.

Q: What technology sits behind an augmented process?

TR: It’s machine learning (ML) and a little bit of artificial intelligence (AI). People often jump to the conclusion that AI is making decisions but basically the data tells the story. You can then write the algorithm to continually learn as the database expands. What you’re trying to do is, maybe you had five rate buckets before and with the AI or the ML you can figure out, ‘we need six buckets’ or ‘we need 8 buckets’. So it let’s the data and that process define the answer for you.

Q: Why is this important now and in the future?

TR - It’s about embracing change, something that has become particularly prevalent during the pandemic. For example, for years in my corner of the US, when you took out a loan or did a banking transaction everybody said you needed to sign the documents with a pen. Digital signatures were not acceptable, even though the digital signature is much better proof of the date it was signed and it is more secure.

Then COVID-19 came along, and suddenly asking for a handwritten signature meant potentially exposing people to the virus through contact. The powers that be decided to start accepting digital signatures.

Another example, again in my part of the US, is when insurance companies sell things, they have always needed to physically visit the places they insure, whether that was outside or inside. With the pandemic, such visits are going to make your clients uncomfortable as well as potentially introducing a risk. Again, within 30 days, insurers figured out they no longer needed to do it that way.

It’s unfortunate that the pandemic is what pushed people to change but, now, at this moment they are realising they can use data and augmented information to drive a different process. This is a great chance for people to take advantage of it.

The pandemic means that people are learning that the way they did things can change. It’s about your mindset and accepting new ways of doing things. Sometimes it takes a big event to force that to happen because change is hard.

Q: For insurers, what is the entry point for adopting augmented underwriting?

TR: I think people imagine they will need to make giant structural changes and giant changes to staffing and their technology before they can start using augmented underwriting.

I don’t think you have to take those giant leaps. Most changes are slow, incremental. If you have a big ship and you’re trying to cross the ocean, the captain only steers it a little bit each day and each small turn makes a big difference over time. So think of it in baby steps and slices, and the old adage ‘the longest journey starts with one step’. This is a chance to take that step.

The first step could be a little, simple thing like, leaning more on the data that’s out there, processing the job based on that data, and listening to what that data is telling you. Don’t tell the data what you want from it, let it tell you what is going on.

I think people bring their process to it, and say this isn’t the outcome we expected. Well great, the data just told you the outcome, go with that.