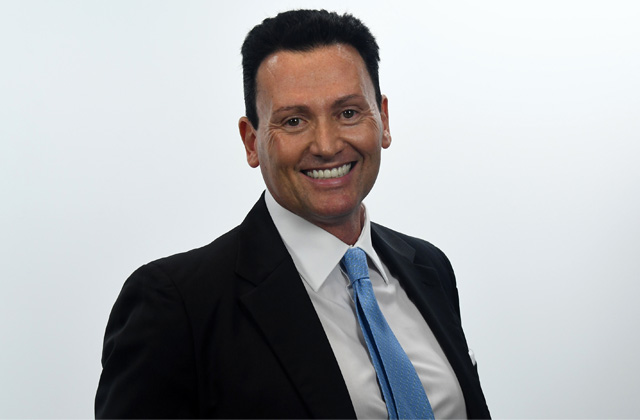 Unipol Group, one of Italy’s biggest insurers responsible for ceding one of the five biggest property-cat programmes in Europe, is looking to link the structure of its reinsurance programme to an index designed to detail the severity of climate change—such is its concern about the impact global warming could have on its portfolio.

Sordoni is therefore in the unique position of seeing both sides of the equation as his respective companies enter negotiations. He says that climate change is a concern for the company. The frequency and severity of losses are both increasing, and he views the severe floods that hit Germany and Belgium in July as evidence of the types of challenges insurers and reinsurers face.

He believes insurers and reinsurers are aligned in their desire to understand climate change and ensure the risk is adequately priced into the business they write.

“For the first time in my career, I see insurers and reinsurers reviewing their products and in alignment with reinsurers in tackling this,” he adds.

“This is a major change for the industry and one we need to face up to.” Marco Sordoni, UnipolRe

Sordoni had worked in the reinsurance industry for almost 20 years before he joined Unipol Group in 2013. Once there, he took responsibility for its reinsurance programme, making radical changes to its structure and cutting the number of counterparties it worked with in the process.

He slashed the number of reinsurers from 51 initially to just 15—a move regarded as extraordinary on a programme that is one of the biggest in Europe, placing some €1.9 billion ($2.2 billion) of capacity.

The group now works with 18 reinsurers (a fraction of what many cedants of a similar size use), but it crafts what he describes as “deep” relationships with its reinsurers.

“It means we have large and strong relationships with reinsurers and we are able to have meaningful conversations about the programme. That is why we are looking at things such as our retention, but also the idea of linking the programme to climate change,” Sordoni says.

He also notes that the company is “very particular” as a buyer, using its own internal model to assess the cost of reinsurance compared with the cost of capital.

“We are very sophisticated in our approach,” he says.

That also applies to its use of insurance-lined securities (ILS). Unipol has been a pioneer in this space over the years, creating many firsts for the type of risks to be transferred into this market and creating an issuing vehicle in Dublin that can be reused, creating savings on the cost of setting up an ILS deal.

He believes that ILS will continue to play an important role in the company’s risk transfer strategy—and within the wider industry.

“It is unfair to compare ILS to traditional reinsurance but they both have an important long-term role,” he maintains.

“We are now looking to deepen the relationships with existing clients.”

Both sides of the coin

As he approaches the renewals, Sordoni does expect further upward pressure on rates, but that they will start to stabilise. He notes that capacity is not shrinking and the retrocessional market, which was “damaged” a few years ago is now looking healthier and more robust.

He admits that with his dual role, as a buyer and a seller, he sees both sides of the coin.

“It is very good for both sides; we understand needs of the buyer better and we also understand the perspective of reinsurers,” he says.

Trust is fundamental to reinsurance, he adds, something UnipolRe has steadily built since its launch in 2014. He notes that, moving into this renewal, the business is starting to consolidate its book of business and work more closely with its clients.

“UnipolRe is still a young company, or certainly in the scheme of reinsurance,” he says. “We have done very well to grow to the size we have but from the last renewal, we have slowed growth. We are now looking to deepen the relationships with existing clients.”

He adds that the company’s other focus is on the use of data to help clients make better decisions.

“The availability of data is incredible now, but it depends how you use it,” he said. “It is like having the best ingredients to make a pie but it will not work if you get the timing wrong.” He adds that COVID-19 has accelerated the use of data in the industry.”

In line with this strategy, two years ago the company launched Smart Capital Management Solutions (SCMS), a new capital management tool designed to empower reinsurance managers and buyers by helping them understand what effect their buying strategies will have on the internal capital models and overall risk profiles of their companies.

He accepts that the industry will manage a second year of limited face-to-face meetings because of the pandemic, and stresses that the industry has become very efficient at working in this way. But he hopes for an eventual return to the norm.

“I do miss seeing my clients and friends. I cannot complain in the context of the pandemic, but I think eventually we will strike a balance between virtual and real meetings—which is what Unipol was already doing.”

Marco Sordoni is the head of reinsurance for UnipolSai, and the chief executive of UnipolRe. He can be contacted at: marco.sordoni@unipolre.com

Made by buyers, for buyers UnipolRe sets itself apart in a crowded market
16-09-2020