SCOR, Swiss Re, Munich Re call for collective action in race to net zero 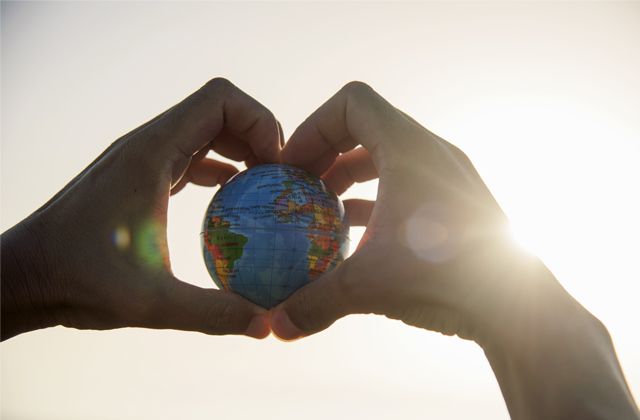 "Collective action is the only way we can address the grand challenge of our time: climate change," says the chief executive officer of SCOR, which together with seven other leading re/insurers, has launched a pioneering Net-Zero Insurance Alliance (NZIA) aimed at accelerating a shift to green and more sustainable economy across the globe.

NZIA is an initiative of eight leading insurance and reinsurance companies committing to transitioning their underwriting portfolios to net-zero emissions by 2050. Its members include AXA (NZIA chair), Allianz, Aviva, Generali, Munich Re, SCOR, Swiss Re and Zurich Insurance Group.

French reinsurer SCOR outlined that the global re/insurance industry has a leading role to play in accelerating the transition to a more resilient, net-zero emissions economy in line with the 1.5°C target of the Paris Agreement on Climate Change.

SCOR has committed to engaging with policymakers, clients, and other stakeholders to identify and implement the required measures to tackle climate change. "SCOR is proud to be a founding member of the NZIA, working alongside other industry leaders to support the transformational changes that are critical to society," said its chief executive officer Laurent Rousseau.

Philippe Donnet, chief executive of Italian insurer Generali, echoed his enthusiasm, saying that the initiative will allow institutions and peers within the industry to come together and work towards this common goal of achieving a significant and longer-lasting impact. "United we are stronger," he said. "I am proud to present this initiative on behalf of the Alliance in the city of Venice in front of leaders from the most important economies in the world."

“Our whole economy depends on insurance, so a net-zero insurance industry is a fundamental part of helping shift the economy towards protecting the planet," said Aviva CEO Amanda Blanc, noting that "it takes partnerships like these to tackle the big challenges facing us to build a sustainable future for everyone.”

Swiss Re group CEO Christian Mumenthaler also expressed support for the industry alliance, saying that "by co-founding the Net-Zero Insurance Alliance, Swiss Re can work with other reinsurers and insurers to build on its commitment to transition to a low-carbon economy, through its underwriting expertise." The Swiss reinsurer "sees sustainability as a long-term value driver and the NZIA is an important and logical next step in the race to net zero".

Munich Re chairman Joachim Wenning highlighted that the company has already set ambitious climate targets in 2020 that include the liability side of business. "As a leading global re- and primary insurer we will continue to support the transition to net zero through our pioneering risk solutions and pursuing science-based decarbonisation targets,” he said.

Zurich group CEO Mario Greco noted that net-zero underwriting is a "critical step" and furthers the insurer's climate efforts beyond its own operations and investments. He said: "It reinforces our deep commitment to continue to engage with our customers to deliver solutions as we navigate together the transition to a low-carbon world, benefiting future generations.”

Oliver Bäte, CEO of Allianz SE, stated that the company strives to accelerate the "urgently needed transformation" to a 1.5-degree economy. "We are pleased to bring in our expertise and join forces to extend the net-zero ambition to the entire insurance market,” he said.

As members of the UN-convened Net-Zero Asset Owner Alliance (NZAOA) established in 2019, all eight re/insurers will set science-based 2025 decarbonisation targets for their respective investment portfolios, and independently report on their progress publicly and annually.

“With this new Net-Zero Insurance Alliance, we are raising our climate ambition further by using our underwriting, claims, and risk management practices to help ensure and enable the transition to a resilient net-zero global economy,” said Thomas Buberl, CEO of the AXA Group, which chairs the NZIA.